Youanmi (located 480km to the northeast of the city of Perth) is one of the last big WA gold mines to be re-examined for production under today’s high gold prices of AUD $2,500/oz 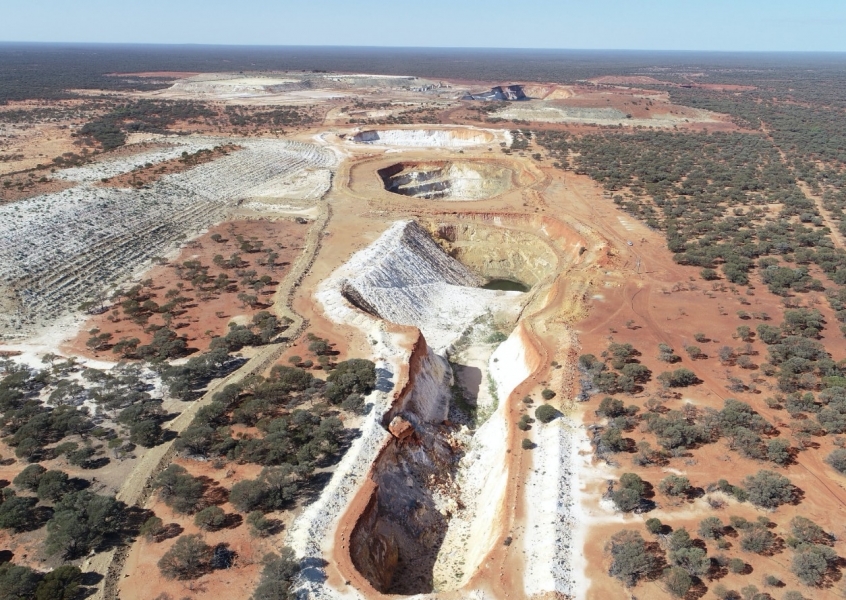 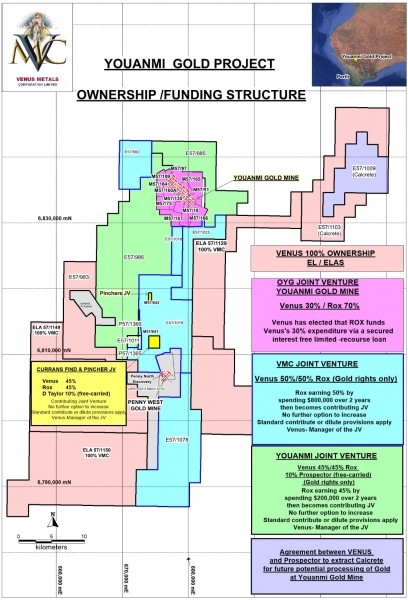 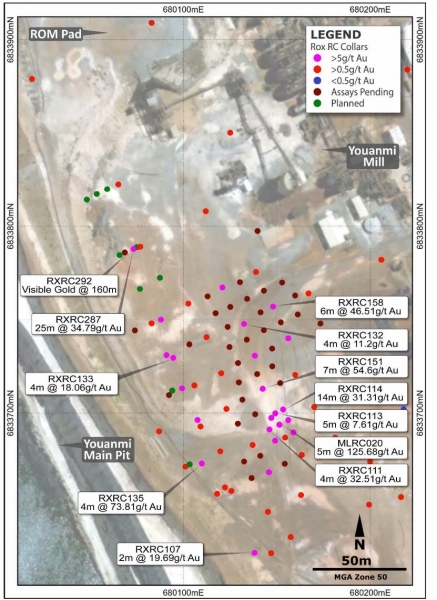 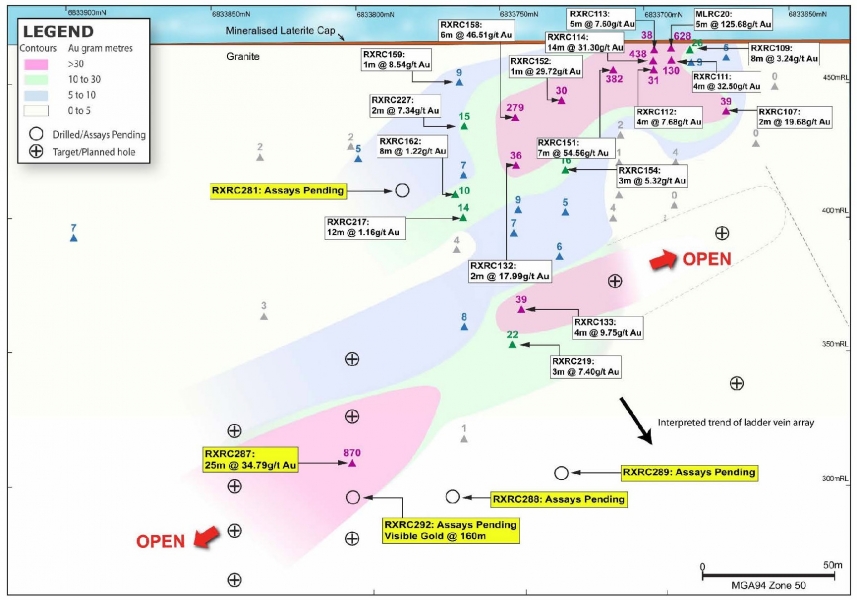 The Youanmi Gold Project straddles a 36km strike length of the Youanmi Greenstone Belt, lying within the Southern Cross Province of the Archaean Yilgarn Craton in Western Australia.

Gold mineralisation is developed semi-continuously over a strike length of 2,300m along the western margin of the Youanmi granite. The principal deposits include Youanmi Main, Hill End, United North, Kathleen, Rebel and Kurrajong 6.

The RC drilling program by OYG JV currently comprises a total of 270 RC holes for 23,471m in the Youanmi Gold Mine leases.

The program aimed at testing new conceptual targets that have the potential to open up additional areas of mineralisation, better defining known sections of the significant Youanmi gold deposits. 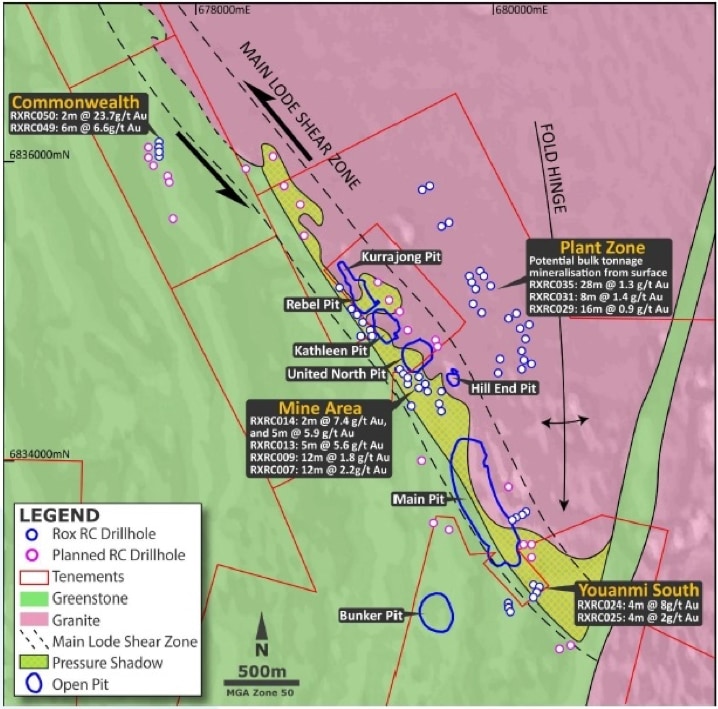 It is currently interpreted as a northerly plunging, high-grade, gold mineralised body; in places multiple shoots are present.

* An estimate of the exploration target potential of a mineral deposit in a defined geological setting where the statement or estimate, quoted as a range of tonnes and a range of grade, relates to mineralisation for which there has been insufficient exploration to estimate a Mineral Resource. 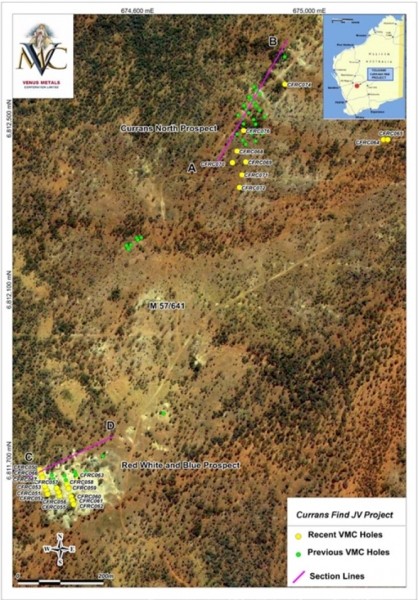 Gold mineralization at Currans Find is hosted in multiple ENE‐trending quartz veins within mafic, intermediate and ultramafic rocks. These rock types are also host to the Penny West and Columbia –Magenta deposits south of Currans Find.

The drilling confirmed the presence of two stacked lodes at Currans North and shows an increase in gold grade and width in the Upper Lode.  The results also demonstrate that the gold mineralization remains open at depth and down-plunge.

Significant high-grade gold intersections from the RC drilling program at the Currans Find North include (Figure 4): 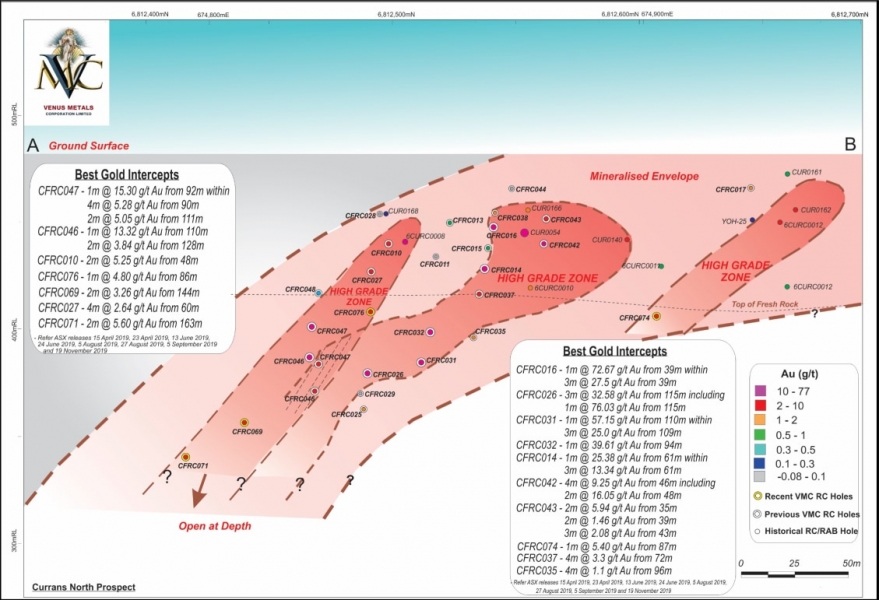 The high-grade gold intersections from the RC drilling program at the Red White and Blue Reefs Prospect include (Figure 6): 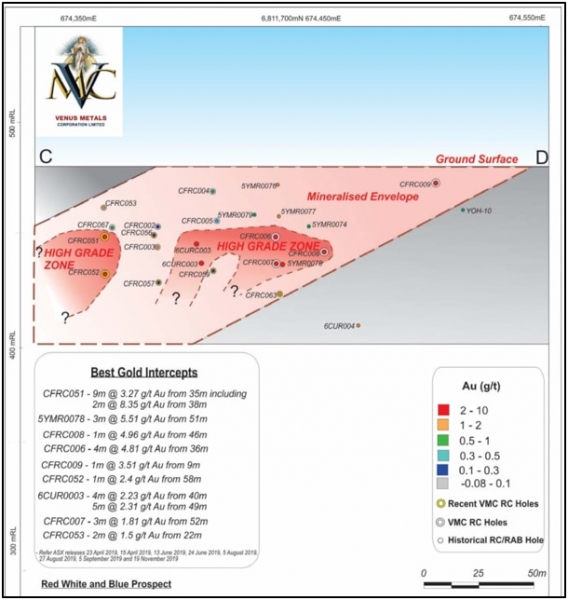 Venus JV comprises a 50% - 50% gold right only venture with Rox in which Rox earns 50% by spending $800,000 over 2 years and subsequently becomes a contributing JV with no further option to increase its rights.

An Xcite Heli-borne Electromagnetic survey (HEM) was conducted at the Penny West Deep South Prospect (Figure 7) to delineate the potential conductive horizons along the Youanmi Shear Zone that may represent increased sulphide content potentially associated with gold mineralisation, similar to the setting observed at the historical high-grade Penny West Gold Mine and the Youanmi Gold Mine. 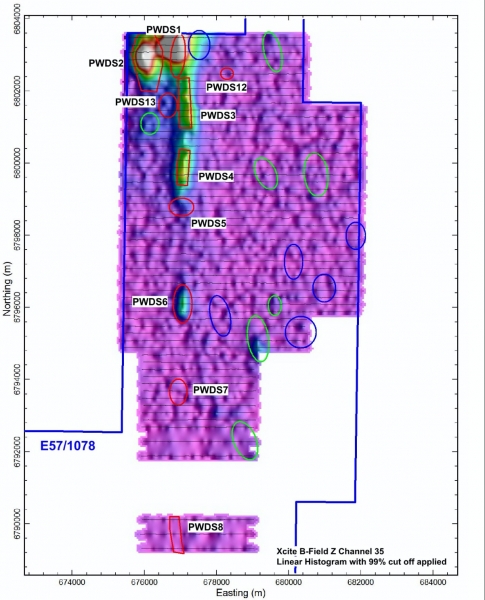 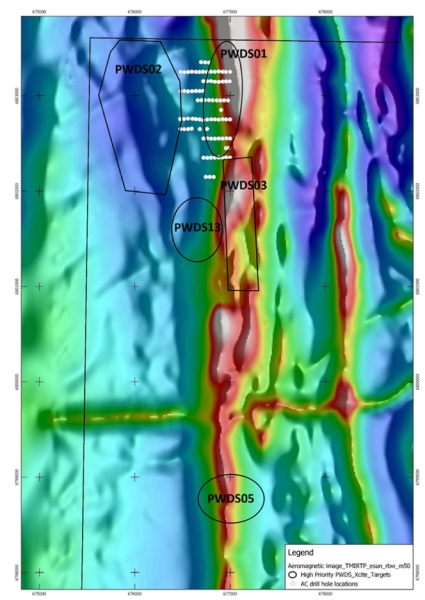 The newly discovered gold mineralization is associated with quartz veining in dominantly mafic schist with some ultramafic rocks. The gold mineralization broadly corresponds with anomalous lead and other base metal concentrations. This is considered significant as it resembles the association of gold with base metals observed at the Currans North and Red White and Blue Prospects (both Currans Find) and the historical Penny West gold mine. 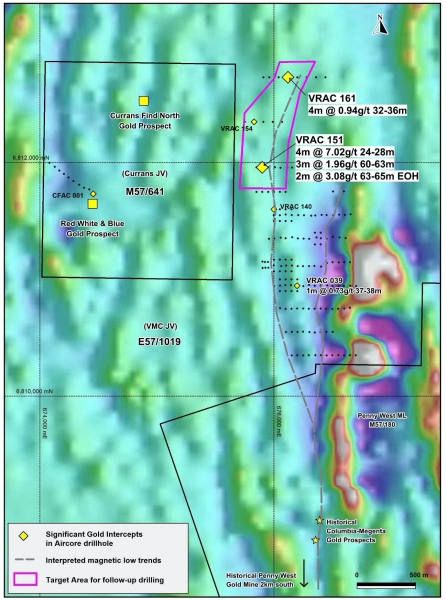